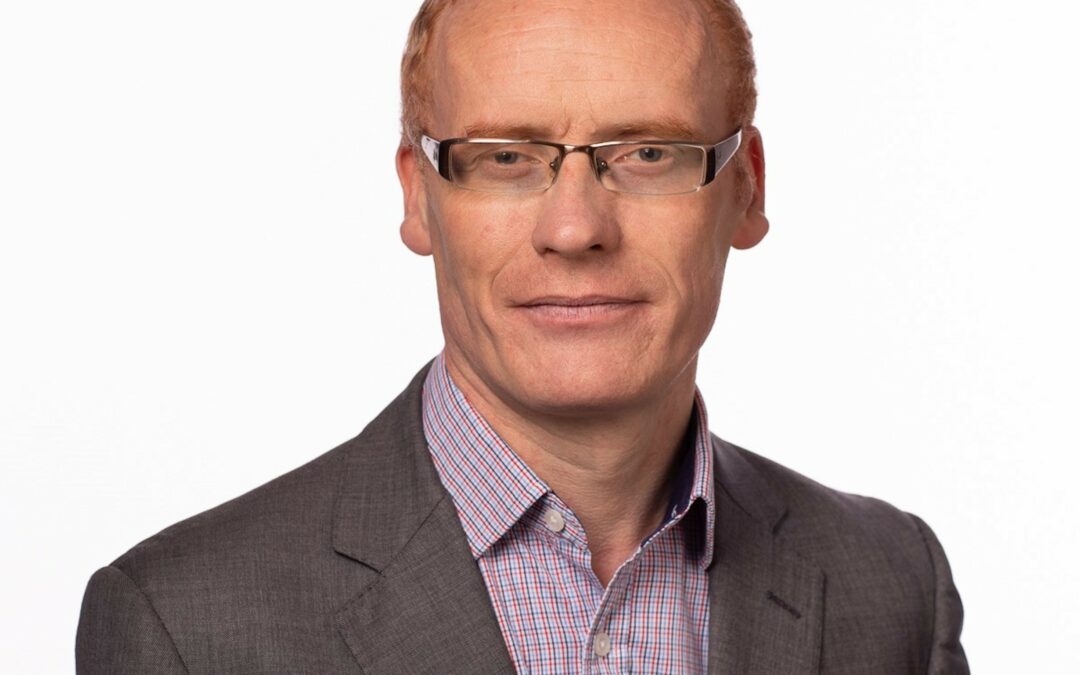 FRS Network, the multimillion euro social enterprise co-operative, has announced the appointment of Colin Donnery as new Group CEO. He will succeed current CEO Peter Byrne upon his retirement in February 2022.

FRS Network is active in every county all across Ireland and incorporates a range of business units which employ approximately 2,000 staff, with an annual turnover of circa €100 million. These businesses under the umbrella of National Co-Op Farm Relief Services (NCFRS) include FRS Farm Relief, FRS Fencing, FRS Recruitment, FRS Training, Herdwatch, Turas Nua, FRS Business Services, FRS Employability and most recently, Get the Shifts.

Colin has been General Manager of FRS Recruitment, one of Ireland’s leading recruitment agencies with 10 offices across the country. He originally joined FRS in 2004 and was also the co-founder of Turas Nua who manage the JobPath programme which has helped more than 40,000 people secure employment. He was also General Manager of FRS Training, the skills and training provider from 2015 to 2020.

Colin is a board member and former President of the National Recruitment Federation, where he was awarded an honorary fellowship in 2015 for services to the industry. He has also previously served as a non-executive director with Macra na Feirme. He holds an MSc in Executive Leadership from Ulster University.

Speaking about the appointment, NCFRS Chairman Francis Fitzgerald said, “We are delighted that Colin Donnery has been appointed as Group CEO when Peter Byrne retires early next year. Colin is steeped in FRS and has had an exceptional record of achievement in all the various divisions he has headed. We have all been greatly impressed by his stewardship of FRS Recruitment, FRS Training and Turas Nua, how he has grown and nurtured these business units to become important elements of the FRS Group. He has also made an immense contribution to the overall growth and success of FRS. We have no doubt that Colin will be a dynamic, tremendously effective CEO and a worthy successor to Peter. Colin will head up our excellent senior management team who have great experience across all areas of the business. With Colin taking on this role the future of FRS is in extremely capable hands and we can be very confident in the continued, seamless success of FRS.”

“It is a tremendous honour to have been named as successor to Peter Byrne,” said Colin Donnery, incoming NCFRS Group CEO. “This is an amazing organisation which has repeatedly proven its effectiveness and resourcefulness over the last 40 years. My mission will be to continue that growth, to work with the exceptional team that has been assembled and to maintain the enormous progress that FRS has achieved under the leadership of Peter Byrne.

“Anyone who knows FRS or Peter Byrne will understand how important a figure he has been and all that he has accomplished. FRS simply wouldn’t be the organisation that it is today if it hadn’t been for Peter’s immense vision and stewardship. I am very grateful that I will have the opportunity to work hand in hand with Peter for the next 8 months.

“FRS has always been a forward looking organisation that has met customer and community needs. I will make sure that focus remains a central part of our operations and that as a social enterprise co-operative we are continually looking at ways how we can improve the lives of our members while also fulfilling our commercial objectives. The success of FRS has been built on these very solid foundations and they will continue to be the fundamental pillar of our activity in future,” Mr. Donnery concluded.