New Book Tells the Story of FRS Over Last 40 Years 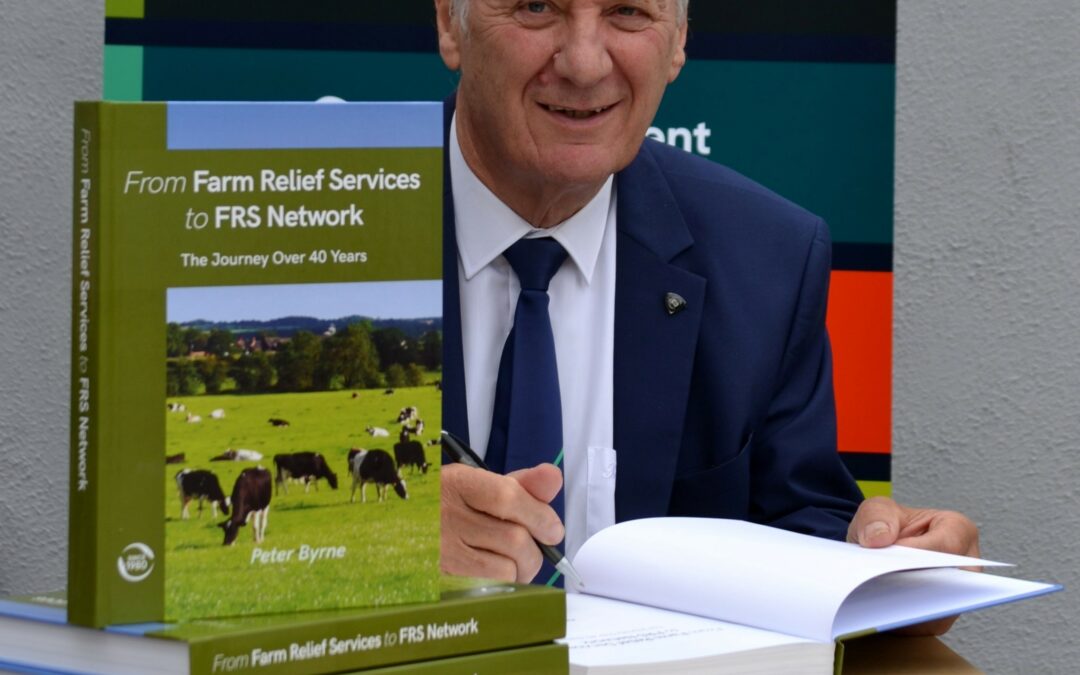 We are delighted to launch this new book setting out the history and story of FRS over the last forty years. From Farm Relief Services to FRS Network – The Journey over 40 Years was written and compiled by Peter Byrne, CEO of FRS Network who has been at the helm of the FRS co- operative from the outset.

The book includes contributions from several employees, committee members and other personnel associated with FRS and shows many photos portraying our 40 year journey.

It traces the foundations of FRS and how it grew into a major social enterprise co-operative which employs 2,000 across Ireland with an annual turnover circa €100 million. The book outlines Macra na Feirme’s involvement in setting up relief milking groups and the research conducted into farm relief services abroad that played their part in getting FRS off the ground in 1980. 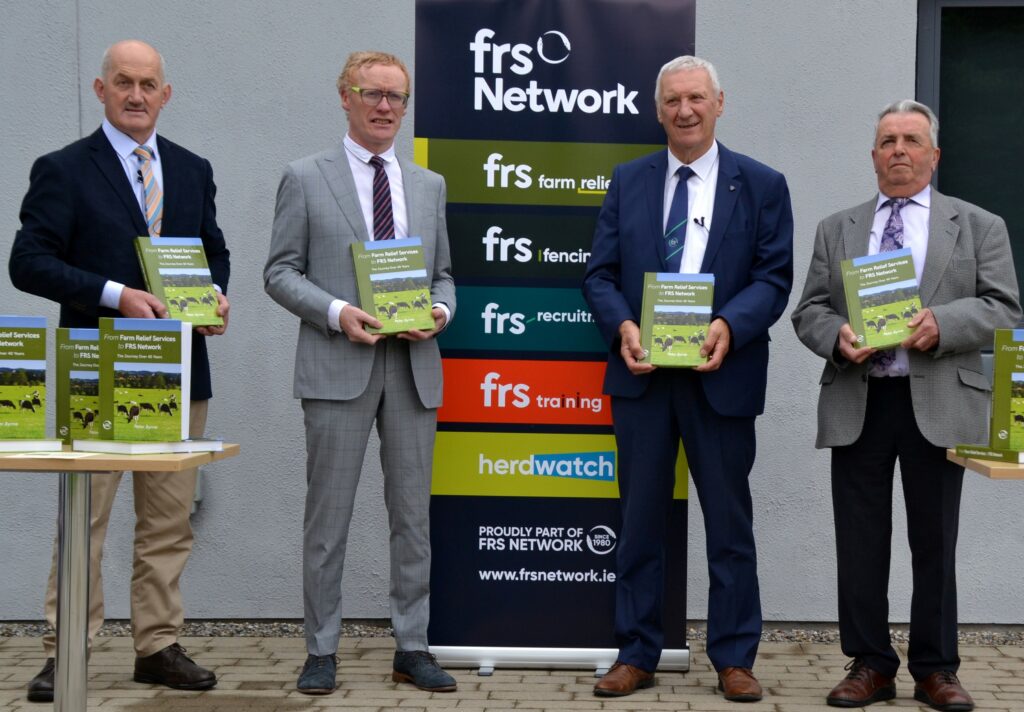 It goes on to focus on the many new and innovative services introduced to Ireland by FRS, such as hoof care, the first sheep and cow scanning services, freezebranding, machinery rings and the waste farm plastic collection service. It also highlights the development of other services and schemes to support farmers, including the creation of the Farmers Accident and Sickness Scheme (FASS) and the Members Benefit Scheme (MBS).

The diversification of FRS into other business areas is also traced in the book, with the development of FRS Fencing, FRS Recruitment, FRS Training, Herdwatch, Turas Nua and FRS Business Services.  While the role of FRS in the community and across a range of different events is also featured. The co-operative ethos and values are highlighted including the key role played by the board of management over the years.

Speaking at the launch of the book, NCFRS Chairman Francis Fitzgerald said, “I knew Peter was the person to write the book as he was at the helm of the organisation from the very start. Peter has such high integrity, leadership and forthright. He has given his all to FRS over the years and has done likewise with the book.  Having read the articles by many contributors it is clear to me that everyone has great pride and delight at what has been achieved in the past forty years. The book is a history of FRS and a legacy to Peter,” he concluded.

“One of the things that I wanted to do with the book was to make it a team effort,” said Peter Byrne, CEO of FRS Network. “The book includes a compilation of stories that were written by various staff members, current staff members, former staff members, former committee and board members, people who were involved in the setting up of local offices and local farm relief groups right throughout the country. We put all of those stories together into one book and that is very much the way we wanted it because FRS wouldn’t be where it is today without being a team effort. It’s the history of all those people and that’s what we wanted to record in the book,” Peter concluded.

The book was launched at a special event for staff in Roscrea. Copies will be distributed to FRS personnel and contributors to the FRS story across the country and can also be read on the online flip book on the FRS Network website ‘about us’ page  www.frsnetwork.ie/frs-network . 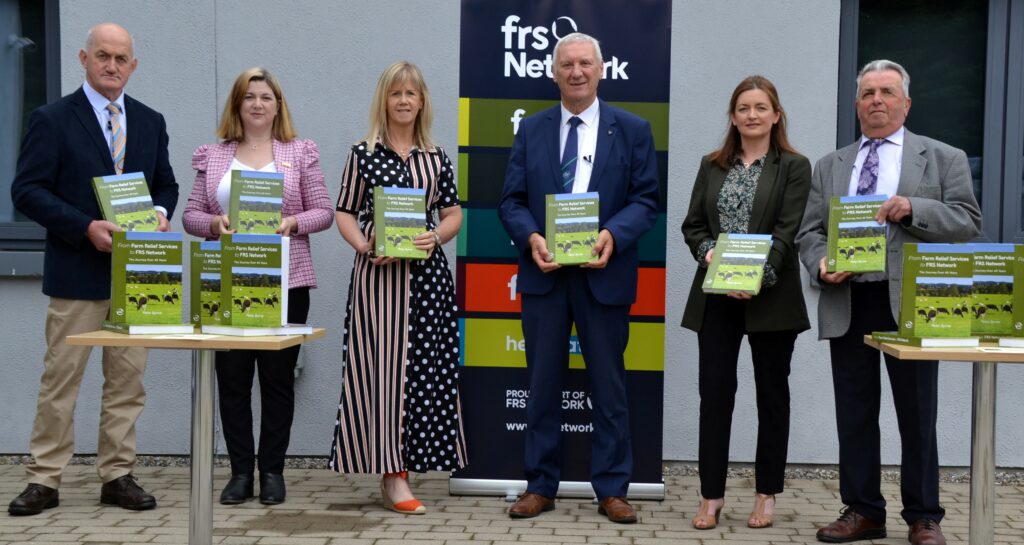